There is nothing better than watching a great skateboarder. Everyone has their own style and likes to ride their own things. Some skaters are super technical, some are more fashionable, some just make huge gaps, and some enter incredible circus performances.

Skateboarding started in the late ’50s in America. few bored surfers try a different sport wheel stacked to a piece of wood. later in the ’70s craze go viral in the world and skateboarding became a creative and innovative sport, young and enthusiastic people try different tricks. There are many athletes that can fill in for athletes we mention in this article.

We do our best to provide you some unforgettable names in skateboarding history. All-time best skateboarders-

Tony Hawk is an American professional skateboarder. More of you know him as “Birdman”.  Born in Santiago, California on May 12, 1968. He documented the “900” skateboarding trick in 1999, it involves the completion of two and a half mid-air revolutions. Activision published a video game series based on Hawk’s skateboarding, a game titled was ‘Tony Hawk’s Pro Skater’ realized in 1999. The series participated in 18 titles so far, which includes 10 main series, 4 spin-offs, and 4 repackages.

In 2012 he launched his YouTube channel called “RIDE Channel”. In December 2011, he got the title of Second most influential skateboarder of all time by Transworld Skateboarding magazine. He retired from professional skateboarding in 2003. He started the Tony Hawk Foundation in 2002, In June 2018 foundation awarded US$5.8 million for adding another 596 skatepark projects.

His foundation also received the Robert Wood Johnson Sports award for building cultural health in communities with innovative and influential approaches. The skatepark project is an organization that builds public skate parks in underserved communities.

He also owns a company named ‘Birdhouse’ that produces and sells skateboards. Tony Hawk estimated net worth is around $140 million dollars. He is the richest skateboarder today.

Rodney Mullen is an American professional skateboarder. He is referring to ‘Godfather of Street Skateboarding’. Born on August 17, 1966. He invented new and creative tricks in skateboarding like flat-ground Ollie, kickflip, impossible, heelflip, and 360-flip, he invented more than 30 tricks. That’s why he is considered the most influential street skater in the history of skateboarding.

He won his first world skateboard championship at the age of 14, later on, in that decade he conquered 34 freestyle competitions, and making him the most successful winning run in the history of skateboarding. In 2012, he won the Transworld Skateboarding Readers’ choice Award for Skater of the Year. He appears on the “30 Most Influential Skater of all Time” list released by Transworld in December 2011.

In 2003, mullen wrote his autobiography “The Mutt: How to skateboard and not to kill yourself. His estimated Net-worth today is $30 million dollars.

Paul Martin Rodriguez born on December 31, 1984, In Tarzana, California. Mostly he goes by his nickname P-Rod. He is an American professional street skateboarder, rapper, actor, and recording artist. His father is a comedian actor. His nickname was given to him by his classmates at the age of eleven years old. At sixteen he rode for City stars company that co-founded by professional skateboarder Kareem Campbell in Los Angeles.

Paul has won 8 medals at X games and four of them are gold. Paul is sponsored by Primitive skateboarding, Nike, Target, Nixon Watches, and many other sponsors. Rodriguez was a senior team rider for the Nike Skateboarding division. He is the second professional skateboarder to join Target in 2010. In his career, he launches many successful projects like Girl, Plan B, and Post-Plan B.

He launched his own skateboarding brand, Primitive Skateboarding, in 2014. He appeared on the “30 Most Influential Skater of All Time” list released by Transworld in December 2011. Paul Rodrigues has an estimated net worth of around $6 million dollars.

Chris Cole is an American professional skateboarder. Born in Statesville, North Carolina on March 10, 1982. He gained attention at Wallenberg High School in San Francisco, California by performing difficult tricks like 360 flips, backside 360 ollies down the staircase, and Switch Frontside flip. He was a member of the G-spot skate and snow team before sponsored by Enjoi and Zero skateboards. In recent events, he rejoined Zero Skateboards. May 2015, Chris joined Plan B Skateboards.

Cole was “Skater of the year” by Thrasher Magazine in 2005 and 2009. He received the “Reader’s Choice” award presented by Transworld Skateboarding magazine. He won the Gold medal in the Munich leg of the X Games for the Street League Skateboarding in June 2013.

He was a shareholder at the Zero Skateboard Company and he was co-owner of Reign skate in Fairless Hills. He also Co-owns Cult, A company that sponsors a team of BMX riders. The estimated net worth of Chris Cole is between $1 million dollars to $5 Million dollars.

Ryan Allen Sheckler, American professional Skateboarder. Born on December 30, 1989. He sponsored by Etnies skate shoe company and Oakley, Inc. when he was seven years old. But the relationship with Etnies skate Shoe Company ended in 1998.

He is listed in “15 Most Influential Skateboarders of All-Time” fox Weekly’s article. In 2008, he founded the Sheckler Foundation to help injured and recovering athletes, and assist children. The foundation hosts two major annual charity events that are “Skate for A Cause” and “Ryan Sheckler X Games Celebrity Golf Tournament”. In late 2017, his addiction to alcohol jeopardized his skateboarding career and he was admitted into rehab.

He was the star of the Life of Ryan series a reality television that produced by MTV. His Estimated net worth is around $12 million dollars.

Rob Stanley Dyrdek is an American entrepreneur, producer, actor, and formal Professional Skateboarder. Born on June 28, 1974, in Kettering, Ohio. In 2014, He awarded the title of “Most Influential skateboarders of all time” by Fox Weekly. He and Blender created Alien Workshop. After moving to California he was sponsored by DC shoes that sponsorship lasts till January 2016. Dyrdek also sponsored by Monster Energy, EA skate, and Silver Trucks.

He starred in MTV reality series named ‘Rob & Big’, as a part of that show he set twenty-one separate Guinness World Records for skateboarding.

He is the founder of the Street League Skateboarding (SLS), it’s a skateboard competition enterprise. That series grow rapidly and take-off from domestic to international events. It got recorded $1.6 million for broadcasting championship events on ESPN in 198 countries. Rob Dyrdek has an estimated net worth of around $100 million dollars.

Andrew Reynolds I an American professional skateboarder. Born on June 6, 1978, in Lakeland, Florida. He started skateboarding at age nine. He competed in the Florida Amateur Skateboard League (FASL). He joined Tony Hawk’s skate team Birdhouse. In 2000 he left Birdhouse and founded the Baker with Jay Strickland.

December 2011, he included in the “Most Influential Skateboarder of all time” list realized by Transworld Skateboarding Magazine. He won the Skater of the year award in 1998 by Thrasher Magazine. Reynolds also received the “Best Video Part” award in 2011 by Transworld Skateboarding magazine.  He has released 13 signature shoe models with Emerica. In later 2019 they announced the break of their partnership. He collaborated with Sole technology for a skateboard clothing venture called ‘Altamount Apparel’, and he is the head of design at the venture.

Robert Dean Silva Burnquist is a Brazilian-American professional skateboarder. Born in Rio de Janeiro on October 10, 1976. He holds dual citizenship in Brazil and United States. He is the first skateboarder to perform “fakie 900”, he performed it in 2010. He specialized in switch stance skateboarding and vert tricks. “One-footed Smith grind” is Bob Burnquist’s signature trick.

He won a gold medal in the 2005 X games for best trick vert contest. he has produced and run multiple tricks and at that season of X games and rewarded with a score of 98 out of 100 and that’s the second-best score at X games.  He has his private world-renowned skate park known as ‘Dreamland’.

The Bob Burnquist Founded to bring knowledge about organic farming and gardening to schools. Bob Burnquist estimated a net worth of $8 million dollars today.

The final thought is that the list does not end there. I can continue. In the past, some years, so many influential skaters have had an impact on the entire industry, and there will certainly be more. Skateboarding is full of unique characters that not only influenced the sport but also changed the way others think about the sport.

These specialized skateboarders have proven that great skating requires a lot of creativity, perseverance, and solid problem-solving skills. May the greatest skater of all time continue to empower every generation to continue their work for the next years. 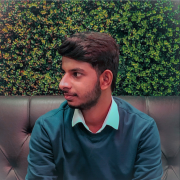 Satyajeet Mandale is Web Developer, Blogger and Athlete. With his interests in Web Development and passionate about various sports activity made him start WheelsBoard.

With Product You Purchase

How To Dress As A Skateboarder [Men’s Style Guide] Yeah, These Best 6 Things

All You Need To Know About Hoverboard

We here at Wheelboard.com promise to bring out the best content to our readers. With much experienced in wheeled sport we can recommend we could be your guide.
Facebook Twitter WhatsApp Telegram Viber
Back to top button
Close
Popular Posts
Categories
wpDiscuz
Close
Close